I have two friends (okay, maybe more than two but for the purposes of this article…).

They came to America as adults, and they have virtually no accent.

Yes, linguists will argue that everyone has an accent. What I’m saying here is that the way they speak—their word choice, syntax, intonation, and pronunciation—is a dead ringer for my born-and-bred American friends.

Not to mention both of them have an uncanny knowledge of American pop culture, which definitely helps their cause, but in any case…

I. AM. UTTERLY. FASCINATED.

Do you feel the same way?

I have spent decades learning German only to have my German tutor remind me periodically how I sound like an American speaking German.

Of course I do.

Why? Because I AM an American speaking German. On a side note, shouldn’t my German tutor be a little more supportive?

Back to Anna and Hussain…

Were they naturally predisposed to language learning or mimicry?

Were they actors on the side who knew Hollywood secrets?

I had to know more about how they did it, so I bribed them into telling me. And, I thought I’d share their tips and tricks with you.

But before I get in too deep, I want to define the word “accent” or, better yet, let a linguist do it for me.

According to Peter Trudgill, the author of Dialects:

Your accent is the way you pronounce English when you speak it—and of course everybody therefore has an accent. Your dialect, on the other hand, has to do also with the grammatical forms that you use, as well, perhaps, as any regional vocabulary that you employ.

So, because I mentioned that my two friends use similar sentence patterns, vocabulary, and pronunciation as other Americans that I know, I thought I should expand my tips and tricks to be more all-encompassing. We’re talking about more than accents here.

What tools can a person use to sound more like an American in all aspects—word choice, pronunciation, intonation, and sentence structure, to name a few?

Let’s hear what my friends have to say: 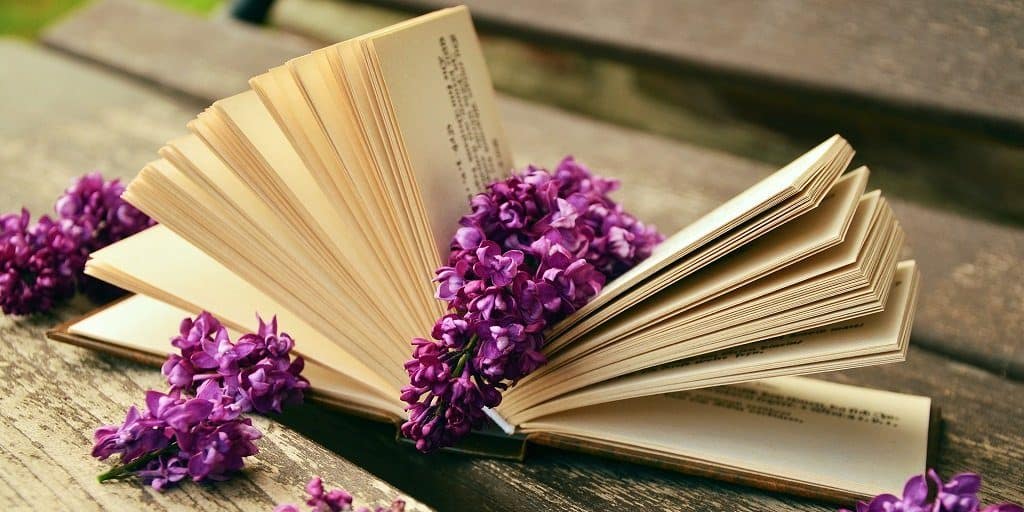 This was Hussain’s number one piece of advice. It sounds a little counter-intuitive. How can a passive activity like reading help you speak differently?

He explains it this way:

…reading has mainly improved my vocabulary and idiom inventory, and of course grammar, and that was reflected in my speaking fluency.

Internalizing what we hear from native speakers is much harder when we don’t have the tools to do that, and I think reading provides amazing tools to achieve that.

He also adds that:

reading works magic for building the confidence to speak more with native speakers.

And, he’s not just blowing smoke.

When you talk to Hussain, he emanates confidence.

So, let’s break it down:

When you read (especially if you read books with dialog), you are getting a first-hand glimpse of natural discourse.

Okay, listening to a conversation in a coffee shop is true natural discourse, but a well-written book can have some pretty amazing interpersonal exchanges, as well.

Repeating the sentences aloud is a great way to train the mouth and brain to deliver natural-sounding sentence structure and idiomatic language.

Now, I need to be transparent here.

Hussain studied Linguistics in the Ph.D. program at Rice University, so suffice it to say that he has a “thing” for languages and the sounds that create them.

He told me that once he decides to do something, he strives to do it as perfectly as possible. So, it makes sense that his English, in all respects, is damn near perfect.

Now, what about Anna? Was she a bookworm, too?

Not so much, but you’ll notice that their stories share a couple of similarities.

See if you can pinpoint them. 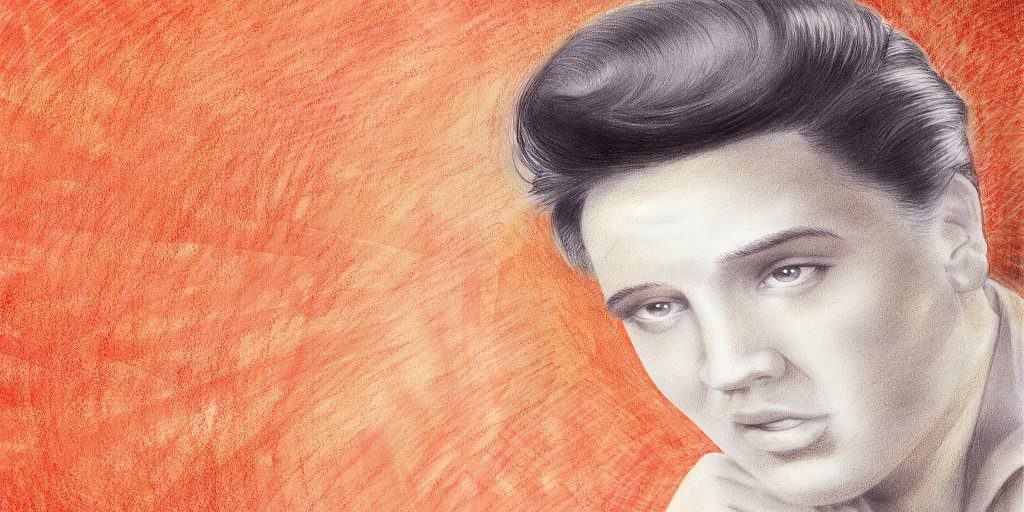 Anna’s story starts with Elvis. Elvis and the Spice Girls. And Madonna.

Thanks to her dad, American and British pop icons were the figurative and literal background music to her childhood.

Her love affair with music with English lyrics culminated into a full-blown obsession with Kylie Minogue when Anna was a teenager.

Sure, Kylie was Australian, so it might not have done much to solidify Anna’s attempts at an American accent, but it did help her to understand lyrics and the idioms and expressions used to create their meaning.

She says she would listen to music videos dubbed in German but always cross-referenced them with the original version so that she could truly understand how to express an idea in English.

Memorizing lyrics became a game for her.

Not to mention, she had a natural penchant for imitation, and mimicking famous English-speaking stars made for a terrific outlet for this gift.

Couple this with a few school trips to England in which her goal became to sound just like the Brits around her, and you have yourself a young woman who simply did not sound like she was from Germany.

In fact, her natural desire and ability to sound like an English-speaker led her host family in England to nickname her “American Anna.”

For example, American Anna had no problems with the stereotypical sounds like the th phoneme that some Germans struggle with.

This is probably because the sound had been ingrained in her since she was a child dancing around to Madonna’s “I’m Breathless.”

So it seems that knack mixed with a little bit of obsession created the perfect recipe for Anna’s American-sounding accent.

So, can you spot the similarities between Hussain’s and Anna’s stories?

The first one is that both of my friends described themselves as perfectionists.

Perfectionism might get a bad rap, but when it comes to producing language that sounds authentic, it might be a necessary element.

Emily McPeek, in her article Perfectionism and Language Learning, puts it this way:

Perfectionists tend to be detail-oriented and might even get a sort of rush from mastering the complexities or minutiae of a foreign language.

I see this type of intensity and focus in both Hussain and Anna.

The second similarity is this: exposure to and imitation of native English materials.

Whether in the form of books, lyrics, or videos, both of my friends immersed themselves in the English word. And, it worked.

What Hussain and Anna stumbled upon naturally, researchers are confirming, as well.

Linguist Deborah Tannen wrote in her book Talking Voices: Repetition, Dialogue, and Imagery in Conversational Discourse that we have a basic human drive to imitate and repeat.

Even from a non-academic perspective, it makes sense, right?

We want to fit in.

If we don’t, we risk being ostracized by our community at some level, to fight it alone in the wild, so to speak.

But not only do we inherently want to imitate and repeat, but these activities can also have a tangible positive effect on how we learn a new language, one that can be quantified.

Based on studies by William Acton, mirroring, or “shadowing” the speech of a native English speaker can improve the pronunciation of ESL (English as Second Language) learners who have pronunciation patterns that have become resistant to improvement. It forces learners to focus on intonation, stress, and rhythm.

This type of “shadowing” is exactly what Anna was doing when she memorized the lyrics and performances of her favorite pop stars.

Another technique is called “shadow reading.”

And while different teachers offer different ways to execute this technique, one main tenet is the same in every variation: you listen to a person speaking (a partner, for example) or to an audio recording of a person speaking, and you attempt to mimic the words that you hear; it works better if you can read a transcript of the words themselves.

To read more about this check out: http://englishonthe.net/improve-spoken-english-through-shadow-reading/

According to a study by María CM de Guerrero and Millie Commander, shadow reading can help the ESL student to internalize the second language.

And, that is precisely what happened to Hussain.

By consistently reading in English, he was constantly reinforcing English patterns in his mind.

So, when the time came to actually utilize the words or phrases, they were more readily accessible.

Now, perhaps I should have said this at the beginning, but shedding an accent is not the “end all be all” of language learning.

I share the stories of Hussain and Anna simply because I personally found their strategies interesting, so I figured that others might too.

As for me and my American accent…

I have no dream of seamlessly fitting into German society, my American accent undetected by the masses.

I just want to speak clearly and be understood.

Yes, I have perfectionist tendencies, but I lack the single-mindedness and passion that my two friends seem to possess.