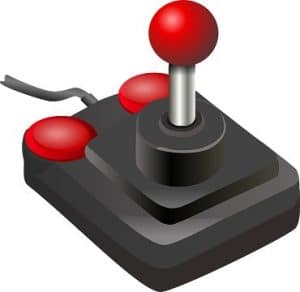 You may have seen one of the many TED talks about how gaming is either a modern devil or the modern savior of humanity.

Speakers commonly quote how humanity spends 3 billion hours per week playing games; along with a ringing cry to change the situation (though they do not mention how many hours people spend watching TV).

People are always going to find ways to busy themselves, and if gaming is your thing, then try the methods listed below in order to learn a language while you play.

Let’s face it, we are living in the generation of nerds. The nerds of the 90s now dominate the movie and gaming world, which is why Marvel, Microsoft and Sony are some of the most profitable companies in the world.

With that in mind, we have all been trained to love online achievements, and that is where tools such as Duolingo come into play.

It allows you to achieve online badges and unlock achievements as you go. You may also track your progress, which encourages you by showing your language-learning progress.

Badges and micro-credentialing have lots of potential according to Etale. Especially when it comes to learning analytics and personalized learning.

Achievements and badges have a fair amount of motivational value if a student becomes emotionally invested in said badges and achievements, and they offer a series of milestones a student may pass, which will help a learner understand his or her progress and potential.

2 – Get Social And Chat With Other Language Learners

Nerds are not the only entity that dominates the online world at the moment, social media is now more widespread than Malaria and the English language combined.

Tools such as HelloTalk and Hinative allow people to converse with others that already know a foreign language, and people that are still learning a foreign language. It is surprising how helpful it is having other language-learners on your side.

Students may use other people to gain a certain level of social verification for their learning efforts. It is also widely understood that a support network helps people learn and grow, which is why the classroom environment has worked so well for hundreds of years.

Humans are naturally social animals, which means we generally find solitary tasks less fulfilling. Learning with other people helps to fulfill your social need while you become acquainted with a new language.

3 – Try Mobile Games Such As MindSnacks

Since we are discussing popular entities, mobile phones and mobile devices are more popular than ever. The Connected UK group claims there are more mobile devices on the planet than people (8.6 billion phones vs. 7.3 billion people).

There are games such as MindSnacks to help you learn languages, and there are new language-learning apps hitting the online app stores all the time.

There are more than 50,000 education apps on Apple’s iOS App store alone, so consider why some apps “don’t” work before you commit to a language-learning and/or revision app.

TeachThought claims that most learning apps do not work because the tutorials are bad, because the apps have no entertainment value, because progress tracking is poor, and because there is too little systematic repetition.

4 – Can You Learn With Music Videos?

Learning with music is very effective for auditory learners.

Games such as LyricsTraining are very effective for some people. After all, think about how many songs you know the lyrics to. You have accidentally/passively learned hundreds of lyrics in your time, so it doesn’t take a big stretch to go from lyric learning to foreign-language lyric learning.

If you already know the English version of a song, you may be more easily able to translate what is being said when the song is sung in another language.

The Essayontime team contributed to a study with the Stanford University that showed there are even certain music varieties to suit different types of learners, such as people with wandering attention problems.

The study also comments on how often the music should contain silent periods in order to allow the brain to process what it has learned.

Conclusion – Unlearn the Attitude You Gained In School and College

The sad fact is that schools and especially colleges are so focused on grades/points and levels that they teach students how to hate learning.

They create an environment where all forms of learning feel like work, and that is an attitude you need to shed.

Use the methods listed above to wean yourself away from your learning-averse attitude, and try to re-ignite the passion for learning you had before you were indoctrinated by school.

Learning a language shouldn’t feel like hard work, it should be enriching and fun (honestly!).

Brenda Savoie is a grammar tutor at Uk- dissertation. Former ESL teacher and desperate dreamer. Writing her first romantic novel. Seeking contentment through mindfulness. Find her on Twitter and Facebook.