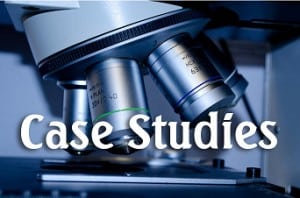 Can you learn German without battling with grammar rules?

Grammatically, German isn’t the easiest language to learn so it would be nice to avoid that.

Well, there’s a course out there that claims it can help you do just that.

Welcome to the second Smart Language Learner Case Study. A little later than expected but I contracted a classic Costa Rican bacterial infection and spent the whole of last week in bed. The tap water was contaminated, and we think that’s what caused it. Have to boil my water now before drinking it.

Anyway, it’s good to be back and I’m excited to bring you this case study.

So what’s the product that promises to teach you German without bombarding you with grammar rules? 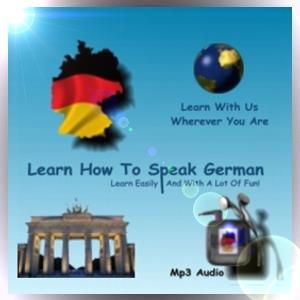 Can you really learn German easily?

Probably not. But who knows? It might be easier with this particular method. Either way, we’ll find out at the end of the case study.

The Learn German Easily package contains audio files and transcripts of vocabulary Lessons and stories. The stories roughly use the TPRS method, Teaching Proficiency through Reading and Storytelling.

Note: the links to the course are affiliate links, which means that, should you purchase, I’ll receive a commission(at no additional cost to you). Don’t worry, you can rest assured that the case study is an honest presentation of my results with this product.

All lessons focus on speaking and listening but there’s definitely reading involved as the transcripts of the lessons are included in PDF format, and you are encouraged to read along during the first few times you go through a lesson.

The creator of the course is Lucas Kern, whom you may know from our Ask the Experts articles. Lucas noticed that way too many people, who had been learning German for years, still weren’t able to speak German fluently.

He discovered that the problem was that they weren’t able to think in German.

According to Lucas, when folks, who study German via the traditional way, want to say something in German they go through the following steps, they:

To combat this, Lucas developed his audio course.

He says that by using his methods of listening, repeating and answering the questions in German, your brain starts to acquire the language step by step, eventually allowing you to think in German.

And that’s why I decided to do a Learn German Easily case study. 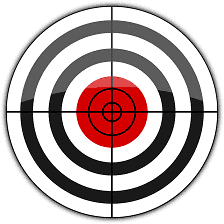 Goal of the Case Study

The goal of this case study is simple and vague at the same time:

Because of its vagueness it’s not a great goal, but to be honest, the goal is secondary. Testing the course is what matters. The goal is there to make everything a little more spicy.

Just going through the course material without giving some thought to how exactly I will use it is setting myself up for failure.

I need to think a little about how I can achieve my goal. How much time will I spend on the course? How many times should I repeat a lesson before moving on?

In other words: what’s the strategy?

This is what we’ll discuss in: 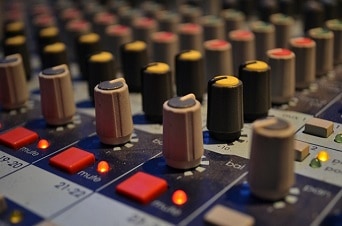 The “Learn German Easily” case study will run from may 22 until august 21. So that’s a three-month time frame to test the worth of these lessons.

I really liked the schedule I used for the first Smart Language Learner case study. Four or five 40 minute sessions a week. It fits my schedule perfectly. It’s probably not enough to reach a high level of German but it’s sufficient to find out if this course can bring results.

I’ll do the same here. Four to five 40 minute sessions a week.

Lucas Kern emphasizes the importance of repetition, and he’s right. You can’t just do a lesson and expect it to stick immediately. You’d forget more than 90% of what you learn. To remember more, you need to strategically repeat the lessons.

So initially I’ll repeat a lesson five times and afterwards only in certain intervals.

You can’t really learn a new language in three months, but you can make serious progress. That’s why I aim to learn basic German in order to hold simple conversations.

Any case study has factors that can skew the results positively or negatively.

The good news is that, in this case study, they are really interesting!

The Dutch-German Connection. My native language is Dutch. German and Dutch share similarities. A bit like Spanish and Portuguese. However, my first impression is that German is grammatically more complicated than Dutch. The pronunciation of the languages also differs quite a bit. So although German is similar to Dutch, that doesn’t mean it’s easy to learn for me.

German Input. When I still lived in the Netherlands I used to watch boxing on ARD and ZDF, two German TV channels. I remember sometimes understanding parts of what the commentators said. In other words, German doesn’t sound like Arabic to me — I don’t entirely start from scratch.

Special Motivation. My grandma is German! She’s lives in the Netherlands and she has always spoken Dutch with us. I haven’t learned any German from her but the fact that I have German blood should give me a little extra motivation to learn basic German.

Lack of other tools and materials. I would never try to learn a language with just one tool, course or method. However, using more tools would really undermine this case study. I mean, we want to know how good of a course Learn German Easily is, therefore we need to isolate the product and work with this method only. Doing this, however, will likely hurt my overall results. If learning German is your goal, you’re probably better off utilizing this course in combination with other materials and methods. Now, couple this fact with the limited time I’ll spend with the course, and you’ll understand why I’m certain that I won’t speak German fluently at the end of the case study.

Lack of using German in my everyday life. In contrast to the last case study, in which I was learning Spanish words by using the impressive Magnetic Memory Method, I probably won’t have many conversations in German during the course of the case study. However, I do hope to have a few at the end of it to see if I achieved my goal of being able to hold basic conversations. 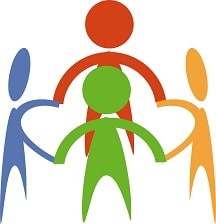 Join me or Wait?

With any case study, the more people take part in it, the better.

If more persons share their results and experiences, we can really come to an excellent conclusion about “Learn German Easily”.

If you join me in doing the case study, I may even feature what you share with me in future blog posts!

If you are indeed interested in accompanying me, you can buy the course here.

Note: If you are not interested in joining me but are interested in the product, then I recommend you wait a little while until I have some results for you. At least until that happens, I can’t recommend the course yet.

As always during a case study, I’ll be back with several reports on how it’s all coming along. I expect to publish the first report soon, as I’ll probably want to share my early experiences with you.