You know about memory techniques. 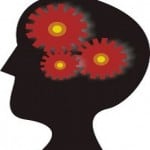 And you know they can be effective.

But you also know that they sometimes take a lot of work, can be clumsy to implement, and take time to get used to.

I don’t know about you, but I’ve always preferred techniques and strategies that are easy-to-implement, effective, and I can start using quickly.

Having written last time about how the wrong impression of memory can prevent you from learning a language, today I’ll be sharing a memory-improving strategy with you.

And the best part is that there’s nothing extra to learn, no techniques to master, and you practically don’t have to change your language-learning activities at all.

Simplicity is What Keeps You Going

When I started learning languages the belief that haunted me was that you needed all kinds of fancy techniques to learn a new language.

And so I started to scrounge the Internet…

There were all kinds of people praising their own techniques as the single best method for language-learning success. The amount of different techniques is staggering.

This isn’t necessarily a bad thing but most of the systems are complicated and hard to implement. And when a system is complicated it takes a lot of EXTRA WORK.

And the worst part is that they make you resist using them after the initial honeymoon period.

In the beginning you’re likely to be excited about it. But when the expected results don’t show up it’s easy to feel that you wasted a lot of time — leaving you with the feeling that the system did you more harm than good.

The lesson I learned from all this is that simplicity wins the day.

You need simple language-learning techniques and strategies to make sure you’ll actually USE them. TWEET THIS

The Forgetting Curve and Spaced Repetition

The Forgetting Curve is a hypothesis about memory retention in time.

It states that you forget between 50% and 80% of what you learn today if you don’t repeat it by tomorrow.

And if you don’t repeat it, this memory loss goes down even more, until, on day thirty, you only remember 2-3% of the learned material!

Pretty depressive, I hear you say.

Luckily, there are ways to make the Forgetting Curve work for instead of against you.

I’m sure you’ve heard about the term.

But it’s really just the technique of repeating something — in increasing intervals — just before you would forget it.

Because of the timely repetition, the information is better retained in your memory. Studies have shown the effectiveness of Spaced-Repetition learning.

According to this article about the Forgetting Curve from the University of Waterloo, Canada, you need to repeat what you’ve learned on the following days:

Now, there’s software like Anki that lets you make flashcards to use with Spaced Repetition. But if you’ve never used it, it would break my earlier promise that you practically didn’t have to change your language-learning activities.

Flashcards with spaced repetition do have potential, though — especially for vocabulary. But it’s not for everybody. Some people prefer a more natural approach to learn vocabulary.

Using a Forgetting-Curve based Spaced-Repetition strategy is a really powerful way to improve your memory retention.

There are lots of different ways to implement this but as I said earlier: the simpler the better.

Since complicated systems can breed inner resistance, it makes no sense having a very sophisticated system that you don’t use.

So how can you implement this in the most simple manner so that it doesn’t get in your way to language-learning success?

Now, okay — I’ll admit — there are some rules to the system.

If you repeated everything in its entirety, you would quickly end up with an enormous workload. You would be repeating so much that you’d barely be able to learn NEW stuff.

The key is to write down the stuff that’s difficult for you and what you think is important to remember.

It can be anything from vocabulary and grammar explanations to pronunciation aids and exercises.

This will become what you will be reviewing and redoing.

Use a big spiral-bound notebook for this. The action of hand-writing these things down will help reinforce the stuff and lock it better into your memory.

This simple system helps to improve your memory retention considerably and can be used with any language-learning activity — even to get the most out of real-life conversations.

For every language-learning activity that you do, you write down that what’s new (what you didn’t know already) and that what gives you trouble (what’s difficult for you).

Here’s how to implement it with a main language course

Be flexible about your dates. Sometimes you may have to move a day around here and there. Don’t exaggerate but don’t fear it either. The Forgetting-Curve hypothesis makes a lot of sense but it’s unlikely that repeating something on day 31 instead of day 30 leads to a much bigger loss of the learned information. 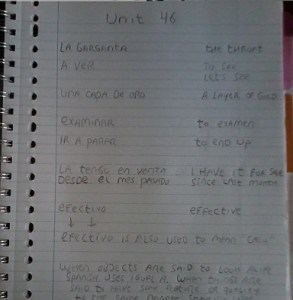 The great thing about this method is that you can move through a language course faster because you will be reviewing and redoing the difficult stuff later on and can leave what you already know pretty much behind.

Not Just for Beginners

One of the advantages of this method is that it’s great for whatever stage you’re in.

Just starting out? Use it to quickly and easily remember more of what you learn. Make it the engine of your language-learning.

Looking to break out of the intermediate stage? Read, Listen, speak — and write down in your notebook what you want to remember. Then, use the same intervals to learn and repeat the material. Just make sure you repeat it a lot in the first two days.

Not only does this system give you a simple way to remember more without the hassle of some of the more famous memory techniques, it also gives you a great overview of what is difficult for you.

You’ll know exactly — it’s right there in your notebook — what you should work on. Have difficulties with the future tense? Irregular verbs? Some grammar structure? Work on it!

There are some things you can do to improve this system even more — to raise its effectiveness. Maybe I will dedicate a future article to it. For now I recommend you use it the way I described above. Never be afraid to experiment, but be aware of unwillingly putting obstacles in your path to speaking another language.

So, now I shared mine, what’s YOUR favorite technique to improve memory retention? Is it simple like the one I shared or more complex? Let’s talk in the comments.