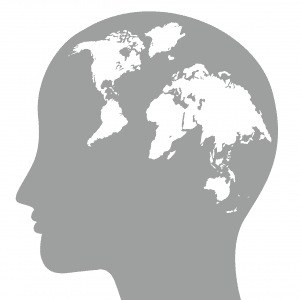 When learning a new language many negative thoughts can plague you.

But one stands out as probably the most destructive thought a language learner can have.

Think it enough, and it could be curtains for your language dreams.

What thought it is?

“This language is so complicated!”

If you’ve ever tried to learn a new language, you probably recognize the thought. It usually gives rise to a series of other negative thoughts, like:

Before you know it, you’re thinking about giving up on this language thing altogether.

The root of the problem is that we have this need to understand everything right now. And if not, then at least pretty damn soon, like in two minutes.

If that doesn’t happen, we feel like a failure.

Here’s something I want you to know:

It’s okay to not understand!

(Especially when you’re just starting out.)

You won’t ever nail everything of a language at the first try.

So delay your understanding. It’s okay to understand months from now. (Don’t tell Benny, though ;-))

Don’t get stuck on this one thing, whatever it is…

Maybe later you read another explanation or you see it another light and you’ll understand….happened to me many times, no matter how complicated it seemed at the time.

If you trust that you’ll understand it later along the way, even the worst thought a language learner can have becomes harmless.

They arise when we are doing something challenging, something worthwhile, something that’s going to cost us a little effort.

Those thoughts are just your reptilian brain looking for a way out. All it wants is that you stay lazy, that you don’t waste any effort on something that it considers unimportant for survival purposes.

If you know where they come from and why, you’ll no longer have to pay them much attention.