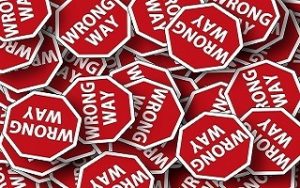 Learning something new has numerous benefits.

It’s fun, engaging, and most of the time you get to meet new people.

Learning a new language in particular has been proven to boost people’s intelligence.

It’s also seen as one of the most difficult things to do.

For one thing, not everyone has the luxury of time to put into their learning efforts, and for another, well, learning something unfamiliar takes a lot of getting used to.

But what if you were told that you can save time in learning a new language?

The secret to optimal language learning without the added hassle is in avoiding the same mistakes.

Some language learners give up without realizing that the reason they’ve stagnated in the learning process is their repetitiveness. Once you’ve freed yourself from a cycle of repeating mistakes, your language learning pace will pick up again.

But how does one avoid falling into the cycle of repetitive mistakes? By changing your perspective.

Here are five ways to maximize your language learning capabilities: 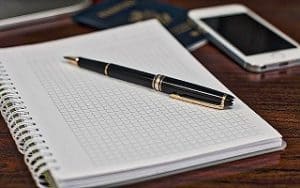 We make the same mistakes not because we want to, but because they take on various guises every time we encounter them.

Some mistakes will be familiar, but some mistakes that are actually very similar to ones we’ve made in the past will look differently the second or third time around.

One way to keep track of your progress and setbacks is by keeping a journal. According to Language Surfer, writing things manually allows you to pay close attention to details, helping them stick faster to your memory.

What should a language journal include?

Everything you’ve learned, or want to learn about the language. Think of it as a place where you can take down notes of vocabularies, cultural references, and even interesting phrases you’ve learned.

Add in a commentary or two using the language to see how well you really understood your references. 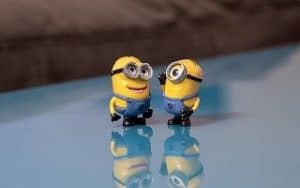 Speaking with other language learners is fine; you can help each other out either in pairs or in groups.

But if you really want feedback on how to improve the way you speak the language, engaging in conversation with a speaker who is either fluent already or a native speaker themselves will give you the fresh perspective you need.

This not only gives you proper feedback, it also helps you understand things you don’t usually learn in a language class.

One of the most common pitfalls of secondary language learners is their familiarity with idioms and local sayings.

Some may take the words literally, especially if they aren’t very familiar with the contexts and cultures behind the language. This creates misunderstanding and unwanted awkward moments.

Learn outside the classroom by engaging in real-life conversations. This also lets you immerse yourself in their culture, and learn more than just the language.

There are plenty of online resources which offer face-to-face chats in real time with native language speakers.

If you personally know anyone fluent enough in the language you want to learn, you can also invite them for a chat.

3. Immerse Yourself in the Culture 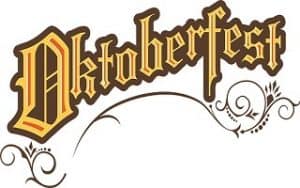 Learning a new language often feels difficult because it’s unfamiliar and unnatural to us.

Our minds tend to edit out anything it doesn’t understand, so it always takes some time for the average person to learn something new. But once you’ve gotten a hang of what you’re doing, you’re bound to learn faster.

In other words, the more natural the language feels to you, the greater the possibility that you’ll experience a less bumpy ride along the way. To help integrate the language in your daily life, why not try immersing yourself in its cultural context?

While language is in itself already an essential way to engage with a community’s culture, it’s definitely not the only way:

Blogger Susan Shain explains that there are other ways to explore, enjoy, and learn from another culture that will help your learning in the long run.

Similar to familiarizing yourself with local idioms and sayings, acquainting yourself with things such as food, dance, or music of the culture whose language you’re learning will definitely boost your knowledge beyond vocabulary. 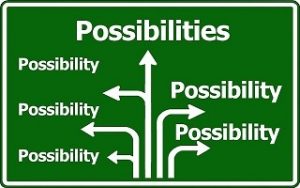 As we’ve already said, getting stuck in a cycle of the same mistakes can be very frustrating.

What further adds to this frustration is the idea that the method you’re trying isn’t working. But instead of ditching the language learning altogether, change your method instead.

It can get boring sticking to the same technique, and even more unsatisfying if it doesn’t deliver the results it promises.

Lingholic lists down the ten common mistakes in learning a foreign language – and stagnation is one of them.

Diversifying your options will help renew your interest in the language, and maybe even help you find a technique that works better for you than the last one you’ve tried.

You can diversify your options through a number of ways, but you can start with something as simple as finding another textbook to work with.

There might be more insight, learning, and ideas there than what you’re currently reading, so keep yourself updated. Widen your horizons, and always be open to a change in your learning process.

5. Work with Your Strengths 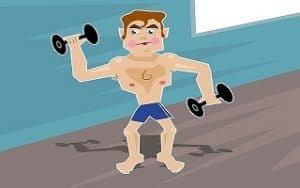 We’ve already established that learning a new language doesn’t always have to follow the conventional way. In line with the previous point, diversifying your methods may even include considering techniques that have totally never been tried before.

For instance, polyglot Donovan Nagel relates his struggle with learning, until he found out that he processed things best as a visual-spatial learner.

Nagel worked with this strength in every language he learned, and learning became easier from there. In the same way, try finding the process you’re most comfortable with.

Like Nagel, you may be a visual-spatial learner instead of an auditory student, or you may be leaning towards something else altogether.

Find your strengths, and build up on their potential to maximize your learning process. Once you’ve found your preferred learning technique, work with this to key in on studying a new language and removing any recurring roadblocks.

Language learning is challenging as much as it is fun.

Some people thrive in the process, but others decide to quit because they become disheartened by what seems to them like stagnation and failure.

However, don’t let yourself be part of that statistic. With practice, patience, and time, you can be fluent in any language you choose.

To make the process faster and more efficient, just retool your thinking and avoid repeating mistakes. That’s easier said than done, but it’s been done.

Upgrade your language learning process by keeping a learning journal. List down words and ideas you’ve recently learned, and write commentaries about them in the language you’re currently studying.

Get feedback from someone who’s either fluent or a native speaker.

This will help you immerse yourself not only in the language, but also in the culture, which is another essential step in ameliorating your learning.

Making the language and its contexts more natural to you helps ease your mind into being comfortable with using it daily. Remember that you don’t always have to learn like everybody else.

Maybe a classroom setting won’t work for you, or maybe you perceive things differently than others. Bank on your strengths and use them to learn the language.

You’ll be surprised at how fast results will turn up after you give yourself a change in perspective.

Author’s Bio: Stacey Marone is blogger and freelance writer at Essays Scholar Advisor. She loves exploring new cultures and learning languages. She gladly shares her experience with everybody.