It is almost impossible to find a language learning app today that does not put it at the forefront of the learning process.

Gamification can certainly help when it comes to motivation, but it also disguises what the real reward of learning a language is.

The real reward is not a stupid looking hat for your childish avatar, or collecting coins that ultimately prove useless.

No, the real reward is the results you achieve throughout the language learning process.

Not just fluency, which, of course, is the ultimate reward, but also smaller periodic improvements that each give you a bit more access to the world of your new language.

The team of Glossika, the language learning app that I’ll review today, understands this.

Yes, Glossika also added a bit of gamification to their app, but it’s minimal and in the background. The focus is on learning a language, not on playing a game.

Reps, Reps and Some More Reps

Essentially, this means that you will hear lots of sentences and you must repeat them as well as you can.

These aren’t just random sentences of course; there’s more to it.

Glossika’s spaced repetition algorithm ensures that you will hear the sentences in such a way that you naturally internalize their grammatical structures without having to make a big effort. (Note that I said BIG effort. You still have to do the work. There’s no escaping from that.)

Glossika likens learning a language to working out. Each repetition of a sentence counts as a rep, just as if you were lifting weights.

It’s a great analogy. And you can clearly see this philosophy reflected in the Glossika app.

Glossika limits your choices. It’s clear what you have to do: your daily amount of reps. You don’t have to worry about much else.

This reduces the decisions you have to make, so that you can focus on learning the language.

According to Glossika, by doing thousands of reps, you can reach various milestones in your language learning journey:

Woody Allen once said: “80% of success is showing up.”

Well, if what Glossika claims is true, this principle certainly applies to the Glossika method.

Glossika Is More Suitable for the Serious Language Learner

If you like language learning apps with a lot of gamification, then Glossika is not for you.

In that case, an investment in Glossika would be a waste of time and money.

It is more suitable for the serious language learner.

You see, Glossika’s Mass Sentence Method is new(ish), but the app has kind of a traditional feel to it.

It’s a rather boring process, initially:

Fortunately, you quickly notice that the method does work. Slowly but surely, you’ll start to be able to say things in your new language. In other words, you get exactly what you’re learning a new language for: results.

And because you get that real reward – instead of sunglasses for a virtual avatar – you will automatically become more motivated.

Glossika has the most impressive collection of languages you can learn.

It offers courses in more than 50(!) languages.

If you want to learn a language that other apps don’t offer, Glossika can probably help you out.

If you’re interested, here are some links to get started right away. Glossika offers a free 7-day full-access trial with 1000 reps in every language. No obligation and no credit card required.

But what makes it really interesting is that you can also adjust the source language.

Once you have learned Spanish, you can use that to learn German, or Chinese.

This way you can continue to improve your language skills while you’re learning a third language. The sky’s the limit.

What I do have to mention is that not all translations and audio recordings are perfect. This is something Glossika needs to improve. Fortunately, they are constantly working on it.

The Glossika team has already re-recorded a lot of the audio and is constantly trying to improve its app. Even so, it could be a bit of a letdown for some people.

A Glossika session is straightforward.

You only have to do the prescribed number of reps.

Like I said, you don’t have to make many decisions yourself, but you still get results with the Glossika method.

A session will cost you roughly half an hour of your time. Sometimes less. It depends on how many new sentences you want to learn per session; the default is 10.

This is important, because this is how you personalize your Glossika learning experience.

You can rate a session in its entirety with: too easy, just right, and too hard.

Better still, you can also rate the individual sentences.

That way, you can further fine tune your learning path.

Glossika for Beginner Learners of a Language

Some people say that Glossika isn’t for beginners.

Personally, I think that Glossika can work for beginners, but it depends on the language you want to learn.

If the language you want to learn is linguistically far removed from your own language, it probably won’t work.

I did some sessions of the Kurdish course, and all I could reproduce was gibberish. According Glossika, this mutter will eventually turn to real sentences, but it felt a bit pointless.

Here, giving Glossika feedback that you’re having a hard time with the sentences can help.

This ensures that you won’t hear new sentences too quickly, so that you have more time to master the current set of sentences first.

You can also slow down the audio speed to 75%. And you can increase the pauses in between the sentences so that you have a little more time to think and answer.

In spite of all of this, I think Glossika only works for beginners if their target language is (at least) somewhat close to their native language.

What Does Glossika Cost?

If you’re a language learner that doesn’t need any gamification gimmicks, you can learn a language faster.

After all, you are concerned with what matters and not with needless extras that do not directly bring you results.

Glossika doesn’t have much gamification and that’s quite refreshing, to be honest.

Just as its learning system is simple and focused, so is its pricing.

Basically, there’s just one plan with all languages and features included. It costs $30/month, or $24.99/month when billed annually.

For that monthly fee you’ll have access to ALL Glossika’s language courses.

Apart from the regular sessions where you repeat or anticipate the native speaker, you’ll also get access to other types of exercises.

I can’t criticize these exercise games too much —there isn’t much wrong with them— but I don’t find them of the same quality as regular Glossika sessions.

You get the impression that they were added to Glossika at a later stage to give in to the ever-present pressure to expand an app. But we need more specialty language apps, not apps that try to be everything to everyone.

The Mass Sentence Method works. If you show up, you’ll get results. (I did my last session of the Italian course weeks ago, and I can still remember a lot of the sentences.)

I just hope that Glossika can resist the temptation to become a complete language learning solution.

Because that doesn’t exist.

Often, the more and bells and whistles that are added to an app, the weaker it becomes.

Likewise, I hope they can resist the pressure to add more gamification to the app and continue to keep the app tailored primarily to serious language learners.

That way, Glossika will retain its unique character, and probably have success for a longer time.

Glossika is pretty unique. Its focus is on language learning, not on gamification.

In other words: it dares to stand out.

Therefore, there doesn’t seem to be a clear alternative to it.

Speechling is probably the app that’s most similar to Glossika.

It’s also sentence-heavy, but the focus here is on improving pronunciation. You can repeat and record the sentences, and a coach will give you feedback on where you need to improve your pronunciation.

Speechling works quite well, but it’s not really for beginners. It’s more about improving your pronunciation, while Glossika also helps you to learn and memorize the language.

The other thing to keep in mind is that Speechling only offers six languages you can learn (English, French, Spanish, Chinese, German and Russian). 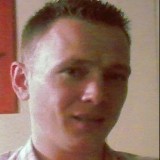 Noel is the founder of Smart Language Learner. When he isn't learning languages or writing about it, you can find him enjoying the good life of Costa Rica, where he lives with his wife and 4 children.

Affiliate disclosure: (Some of) the links in the post above are affiliate links, which means we’ll receive a small commission if you click on the link and purchase the product. Please note: we only recommend products and services that we believe will add value to you, our readers. If you decide to purchase through one of the affiliate links, you’ll be supporting Smart Language Learner, which in turn will lead to an improved site with more helpful content for language learners. So thanks for that in advance!

Any cookies that may not be particularly necessary for the website to function and is used specifically to collect user personal data via analytics, ads, other embedded contents are termed as non-necessary cookies. It is mandatory to procure user consent prior to running these cookies on your website.