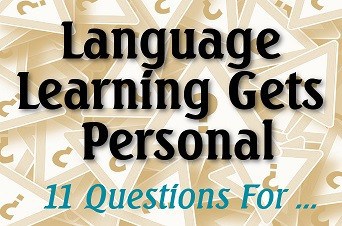 I did a little simple math and found that the 20 most widely spoken languages cover about 53% of the world’s population. In other words, if I could speak those 20 languages I could communicate with half the world. 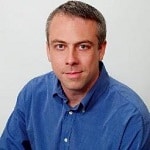 Welcome to the third edition of Language Learning Gets Personal. This time with Jared Romey from Speaking Latino, where you can learn about real Spanish and Spanish slang.

Jared runs this website together with his Puerto Rican wife Diana.

Speaking Latino is all about the difference between Spanish learned in a course and real Spanish, and about the regional differences in Spanish.

I would go as far as saying that their site is important.

About 406 million people speak Spanish as a native language. But they don’t all speak the same Spanish! The differences are greater than, say, the difference between British and American English.

Living myself in a Spanish-speaking country I know this all too well. I learned Spanish through a course of Latin American Spanish. Though the course was good and I could hold at least basic conversations upon arriving in Costa Rica, the difference in accent and especially in words used to describe certain things or objects, was bigger than I thought it was.

A good Spanish course may help you do a lot of formal stuff, but it’s not likely to prepare you very well for street conversations. In fact, I still have things to learn when it comes to those kinds of things.

All the more reason to pay Jared a visit at:

Okay, time to find out more about Jared.

What has learning new languages brought to his life?

Let’s get going with the interview.

2. Why did you choose to learn those languages?

I really fell into Spanish, which is the first language I studied. I was at a job that was boring and my lunch hours were wasted sitting in the office, eating by myself.

As it happened, where I worked offered they free daily classes for Russian, Spanish and French, during lunch so I signed up. I went with Spanish since I had studied a bit in school, although never achieving much. I spent the next 2 years with daily classes, at most with 10 other people in class but most times only 2 to 3 of us.

Lots and lots and lots of time. I began learning without having much in the way of accessible resources or even knowing how to learn a language. I spent time with flashcards, classes and books which I would say are the traditional tools people have used forever.

4. What’s the biggest positive consequence that learning foreign languages has had on your life?

My life is fundamentally different because I learned Spanish and have taken paths that I could never have imagined.

I left my home country for 15 years because of it, have traveled extensively, have had amazing professional and personal experiences that would never have happened to me otherwise. I’ve written and edited at least 10 books, found my wife, own my company and also have the Speaking Latino website. My closest friends are people I could never have even met without Spanish. All because I was bored during my lunch hour.

Yes, although I really haven’t focused much on learning a lot of languages. I have studied Spanish, Portuguese, German and recently Italian, but languages have always been interesting to me. I have been around “languages” my whole life, since my father was a Chinese linguist and we lived abroad when I was 4 years old. Because of that, languages have always been something I’ve been around.

I wouldn’t say any one is more beautiful than another. The beauty comes from using them to learn about the world and people.

Any language that has no use to me. For example I can’t imagine learning any language that only has a handful of speakers. I would much rather focus my time on learning a language that would be likely for me to use with native speakers as I travel. Also I have a preference towards languages that other people are more likely to learn, since this makes communication easier.

I did a little simple math for an article I wrote and found that the 20 most widely spoken languages cover about 53% of the world’s population. In other words, if I could speak those 20 languages I could communicate with half the world.

Even with only 10 languages, I could communicate with over 25% of the world.

To me, that is an amazingly powerful idea.

So I prefer to focus my time on those languages, instead of languages spoken by fewer people, although if I find a specific need or interest that comes up, I’m more than willing to branch out. The list of 20 languages is a guide for me, not a strict rule.

Every day with my wife Diana. We speak almost 100% Spanish around the house, although she’s fluent in English, and we always have language mix-ups that entertain us.

I’m sure there’s so many over the years that I can’t even decide which was the most embarrassing.

There’s the time I used the Spanish word for bug, and it turned out to mean a nasty word for a guy’s thingy in the country where I was.

There’s also me mispronouncing a word wrong for over 3 years until one day a friend laughed at how I pronounced it. I had no idea I’d been pronouncing it wrong the whole time. Nobody had ever said anything!

Yes, for sure, even in languages that I don’t speak, like German and Mandarin. Without a doubt also Spanish, since there were several years of my life where this was my principal language.

Oh yes. Italian at the moment, then improve my Portuguese and German. After that probably French, Arabic, Mandarin and maybe Russian or something else, all in no particular order.

Well well, what a little lunch-hour boredom can do!

If there’s one thing that every Language Learning Gets Personal emphasizes, it’s that learning a new language can change your life!

Thank you very much for showing us that once again, Jared!

Be sure to visit Jared and his wife at Speaking Latino, especially if you’re learning Spanish.

Until next time. Cheers!