Language Learning Gets Personal: 11 Questions For …

In each edition, I’ll pose the same 11 questions to an experienced language learner. 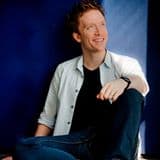 I’m sure many of you are already familiar with Olly. He runs the I Will Teach You a Language blog where he shares great, down-to-earth language-learning advice. So be sure to stop by after reading the interview.

I’ve only ever chosen to learn a language for one reason: that it is meaningful for me at the time. For example, I learned French because I was living in France, and I learned Portuguese because I had a lot of Brazilian friends. I can’t imagine ever learning a language as an academic exercise, this really demonstrates the importance of motivation in language learning, for me.

I really couldn’t say I’ve made any sacrifices, beyond the obvious time that I’ve spent learning the various languages. There have probably been some times when I didn’t have as much fun as I could have, because I insisted on trying to speak the language I was learning (i.e. not English), and consequently didn’t understand all that much! If I’d just used English, it might have been more fun, but I think that this period of struggle is an essential part of the process if you eventually want to be able to function well in the language.

There are far too many to name! For me, it’s the people I meet which are most important, and so I’d have to say that the quality of the friendships I’ve been lucky enough to develop as a result of learning languages, has been most impactful.

Unquestionably, but at the heart it’s really a passion for learning about other cultures and about meeting other people. Learning languages is one of the natural consequences of that passion. After doing it for many years, the passion for language learning itself is something that’s developed out of that.

Also, I’d say that starting to teach made a big impact on my passion for language learning as a pursuit in itself – it’s very true what people say that you never know something properly until you teach it to others.

It’s very subjective – beauty is in the eye of the beholder. But if I had to pick one, I’d say that Brazilian Portuguese is right up there, because of its melodic tones and variety of expression. Cantonese is even more expressive, but in a different way, and I’m not sure it’s “beautiful” in the same sense as Portuguese.

Any language that I’d never be able to use!

Walking through a small beach-side village in Bahia, Brazil, one afternoon, after spending a few weeks hanging out there. As I walked down the street, I met people that I recognized on every street corner and sitting outside every café. I said hi to people, stopped and chatted, had people wave at me from balconies… I said to myself “this is very special!”

I’ve made a lot, but I honestly couldn’t pick out one. I’ve actually developed a way of laughing my way through embarrassing mistakes and making light of them, because if I get too hung up on them it can be a bit dangerous.

I have done. It tends to happen when I’ve been really immersed in the language for some time, and has happened when I’ve been traveling in a country. I remember it used to happen a lot in Brazil and Argentina, because I was really and truly immersed in the cultures there. However, at the moment, since I’m not surrounded by a language that I’m learning (English is the lingua franca in Qatar), I find that I just dream in English.

There are certainly languages that I’d like to learn. At the top of my list would be German and Mandarin Chinese. However, I’ve really noticed recently that some of the languages that I haven’t used for some time have started to drop away.

For the foreseeable future I plan to devote all my energies to Cantonese, to really get as good as I can. I prefer taking this “all or nothing” approach to learning, because I find that if I can go really deep in a language then it tends to be a lot longer before I start to forget it. Portuguese, for example, I haven’t really spoken for over 5 years, but I can still speak it fluently. I think that’s because when I did speak, I was completely immersed for a significant period of time.

Some Really Interesting Peeks in the Life of Polyglot Olly Richards

And not just that, but some important language-learning lessons as well. Especially the answers for questions five and nine.

If you think you can’t learn a new language because you don’t like the language-learning process, you’re mistaken. You need to remember yourself of what you’re actually doing it for.

And answer #9 because if you incorrectly deal with embarrassment it has the potential to destroy your language-learning dreams. Luckily, Olly just gave us a great suggestion to prevent all that!

Once again, here’s the link to Olly’s blog.

So that concludes the first ever Language Learning Gets Personal and I think we opened with a bang! If you want to know when the next edition comes out, then sign up to the Smart Language Learner newsletter. Desktop and some tablet users can do so in the upper-right corner of the page. For mobile devices: scroll down to below the comments.