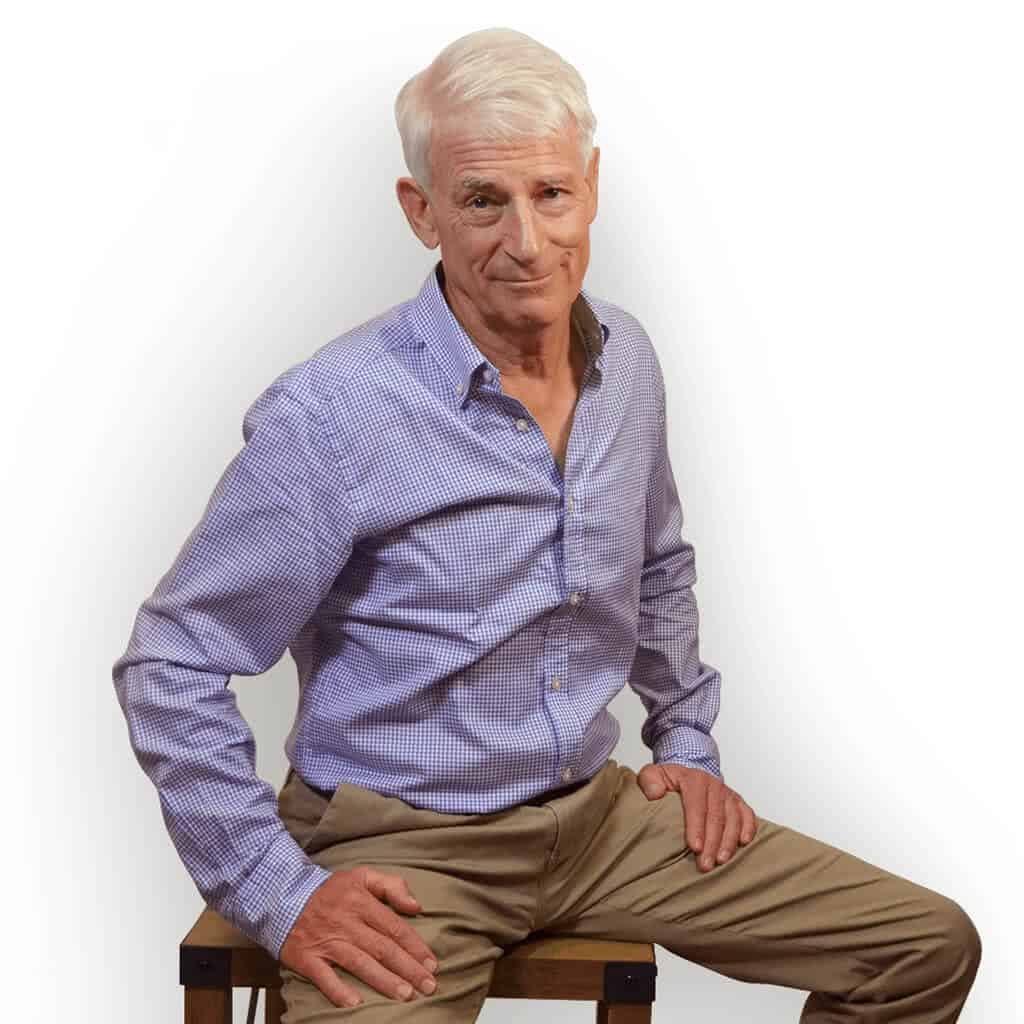 If we follow our interests we will gradually get better as language learners.

If you’ve browsed the internet language scene for more than 5 minutes, then you’ve probably heard of Steve Kaufmann.

He’s a Canadian polyglot who speaks an incredible 17 languages… and counting.

Steve has been learning languages for more than 55 years and is also the co-founder of LingQ, a popular language-learning app.

Notably, he’s learned most of his languages later in life, thereby busting the myth that language learning is only for young people.

Here’s a video of Steve talking about ‘the biggest mistake people make’ when learning a language:

In the language learning community, Steve is somewhat of a legend, and rightly so.

Not only does he share his best language learning advice freely online, but he’s also honest about what, and how long it takes to learn a language.

Needless to say, Steve is quite an inspirational figure, and it’s a pleasure to interview him here on Smart Language Learner.

Before we get to the interview:

Here are some great quotes of wisdom from Steve I found on his website and social media channels:

Don’t try and remember anything when you’re learning a second language.

You can’t force it. Let the language come to you and react to the opportunities that present themselves. Be realistic about your goals and achievements. That way you will enjoy the process and succeed.

More than specific language learning techniques, it is the ability to enjoy the journey that matters the most.

I would think for a motivated person the time spent in the classroom is actually a waste of time because you’re in there listening to 10, 15, 20 other people struggle with the language, whereas if you are genuinely motivated you could learn using resources on the Internet.

And here’s the Interview with Steve Kaufmann

You speak 17 languages and counting, which is quite an achievement. But in how many of those languages are you able to take phone calls comfortably? I.e., someone calls you, and you’re immediately able to hold a decent conversation. In what languages could you do this right now, if necessary?

Steve Kaufmann: I could take phone calls and converse comfortably, albeit with mistakes, in 12 languages. I would struggle in a few more and probably couldn’t do it in others. The total of languages where I have some knowledge is 21.

How did LingQ come about? And was it inspired by how you think languages should be learned?

Steve Kaufmann: LingQ reflects how I learn languages. It was started because we had an employee in my lumber company, a recent immigrant from China, who struggled with English. We developed it for him. We then decided to make it into a multi-language platform. We started 13 years ago.

Apart from LingQ, what are your favorite language learning tools and resources, and why?

Steve Kaufmann: Aside from LingQ, I mostly look for sources of content. Of course, we also use a number of online dictionaries for each language, usually ones that have been recommended or requested by our members. I also typically buy a starter book for each language, Teach Yourself, or Colloquial. I also like the Assimil series because there is no English in the audio

You’re a proponent of speaking when you’re ready, instead of speaking from day one. But do you make a distinction between speaking and conversing? I believe in speaking from the get-go, i.e., on your own with your learning resources, but I feel that conversing from day one is a huge waste of time. In fact, it could actually hurt you in the long run because of the number of fossilized errors that creep into your speaking if you don’t work on your new language outside of conversations. I know quite a few people who have learned a new language as an adult mainly through conversing. They all speak with a lot of mistakes; Tarzan-like. Yet, those that started out “studying” and later went out to converse, speak much better. What’s your position on all this?

Steve Kaufmann: I make no distinction between speaking and conversing. The biggest advantage of speaking in the early stages is that you trigger more input. I like to speak with tutors online, in the early stages, who will give me a report with 10 or 15 sentences or phrases, which they also record. I can import this into LingQ as a lesson. I don’t think when you start speaking has much impact on how well you speak in the end, as long as you continue intensive input activities, listening and reading, using enjoyable material eventually, but starting out with repetitive material like our mini-stories.

If you could, what advice would you give to your younger self when you were just starting to learn languages, and why?

Steve Kaufmann: My advice to my younger self would be to take it easy and enjoy the process. That is essentially what my approach has been all along. It was only when I sat in French class at school that I didn’t enjoy the process. Once I started seeking out listening and reading content and exploring the language and its culture, I have always learned easily and enjoyably.

Who are some of the modern polyglots you are impressed with, and why?

Steve Kaufmann: I have great respect for many of the polyglots who are present on the Internet, including Luca Lampariello, Richard Simcott, Olly Richards, and others.

You seem to really enjoy learning languages. This obviously helps a lot with motivation. But what do you recommend to people who don’t like language learning but still want to speak in a new language?

You are an advocate of varying language learning content. I.e.: If you get bored or if it gets too difficult, quickly grab something else and continue with that. But if we do this all the time, isn’t there a danger that we will continue to evade what we should actually learn?

Steve Kaufmann: I don’t think there is such a thing as content that we should learn. It’s like reading. If we follow our interests, we will gradually get better as readers and as language learners. We will consume the content that is of interest to us at a given moment in time.

Many language bloggers advocate the no-English method of language learning, in which someone who learns a language can’t use his native tongue for translations. In your opinion, does this accelerate learning, or are they actually shooting themselves in the foot?

Steve Kaufmann: I like to have English translations in so far as the dictionary is concerned. If I am confused about a phrase even after looking up the words, I will look for a Google translate English translation. I find reference to English helpful in my language learning. I have never understood this desire to be only in the target language. When you are at a stage when you can actually do that, you usually have already learned the language.

What’s the first thing you do when you know you have to study but don’t feel like it?

Steve Kaufmann: When I don’t feel like it, I usually stop. Otherwise, I may try to vary the kind of activity that I’m doing. I might do some flashcards instead of reading. But most of my learning time is actually listening while doing other tasks. If I don’t feel like listening to the language I am learning, I might listen to a language that I learned previously, or I might listen to something totally unrelated like music.

What’s the most amazing intercultural experience you’ve had because of speaking another language?

Steve Kaufmann: I enjoy all the intercultural exchanges that my language learning affords me. They are all rewarding, enriching, exciting, fun, and positive. I can’t really isolate a most amazing experience.

Steve Kaufmann: I have no fixed schedule when it comes to language learning. I listen when I’m in the car or doing the dishes. I try to find a half-hour or so to do some reading and LingQing on my iPad. I do it when I feel like it.

What are your language goals for the coming years?

Steve Kaufmann: Right now, I’m focussed on three Middle Eastern languages, Arabic, Persian, and Turkish. I think that will keep me busy for quite a while. I will be traveling to Croatia in September and therefore, will try to do a crash exercise in Croatian on LingQ. We now have mini-stories for Serbo-Croatian, and that is what I will use. In the future, I might tackle Hindi. I might go back to Hebrew. I would also like to improve some of my weaker languages. We will see what I feel like doing at that time.

Where to Find Steve Kaufmann

You can find Steve at: