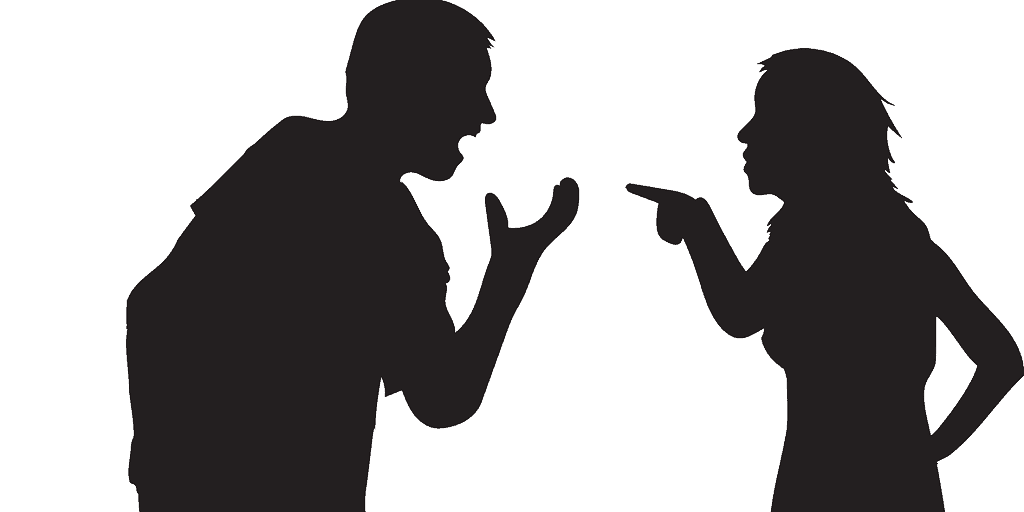 You: You start your sentence. You stop to remember a word. You can’t.

You smile, trying to get around your sentence in a different way.

You blush, nevertheless pick up what you were saying (and all that is left of your pride) and finish your sentence after what it seems like centuries.

The person you’re talking to: Blank stare. And then, slightly irritated: “I’m sorry, I don’t understand a word of what you just said”.

You: You sigh, thinking “there we go again”. Later, you recall the “conversation” and you feel embarrassed and disappointed.

You: You ask a question. You obviously have an accent but you form a question perfectly well. You’re polite – as always.

The person you’re talking to: Smirks with your accent and then replies in a less than helpful, even dismissive way.

You: You get frustrated, even angry and decide to give up.

Dealing with difficult people can be draining for many, no matter the language.

One can argue that difficult people are everywhere so there’s no point in trying to do something about it. “Just forget about them.”

But if embarrassment or anger creeps in, apparently you haven’t forgotten about them.

So what can you do?

Do you carry on with your life, wishing not to meet such a person again?

Do you get so affected that you become bitter yourself?

Or maybe, do you try to deal with them with some effective communication tactics?

The first one is apparently impossible and the second one not quite effective.

The third option is indeed the best, but communication tactics are not always the first thing that comes into your mind when you learn a language and at the same time try your best to communicate at it.

It’s Not About You

Difficult people who behave in a rude and unhelpful manner can become particularly frustrating for language learners.

Think of it this way: You are the one who tries to find the right words, to get the right pronunciation.

You’re the one who puts effort in finding the right intonation and make your question or statement as clear and concise as possible.

You might even be a beginner, struggling to find the right words while you also try to figure out the cultural differences, so the work is extra hard.

As much as they’re effective, the communication tactics are probably the least you can think of right now.

Realizing that difficult people behave like that no matter what, is at the same time a relief and a problem.

A problem because, well, you will most likely need to deal with them again.

And a relief because it’s not about you. It’s about how they behave.

Yes, it’s true, you can’t and won’t change how they behave.

More often than not, they probably don’t like it when learners address them, because they find it frustrating to reply.

But again, it’s important to realize it’s not about you.

A wise friend told me lately: “language learning is an emotionally loaded path” and while this is true for the learner, it can be also true for those who understand you are one (even at an advanced level).

You see, the effort you make and the somehow vulnerable position you’re in, stirs something inside the difficult person’s soul.

And while I’m not trying to play Freud here, talking about the native speaker/listener too, is an indeed neglected area of language learning.

Why Does This Matter?

And if it’s always the learner who needs to put the effort in, then we might be asking too much from them. Or ourselves, if we’re the learners.

And this is how perfectionism and fear of speaking thrive.

To avoid this we need to acknowledge that we do carry our own perceptions and fears, but it also depends on how the other person will perceive them and react.

You might have heard advice such as “Don’t be shy”, “Just go outside and speak” or my favourite, “Don’t worry about your errors or accent”.

It doesn’t sound bad. Alas, it’s an advice I’ve given too in the past. But does it work?

Because it comes from people who either don’t care at all about how the listener reacts (but you’re not like them) or from people who are genuinely helpful – usually because they’ve been there (but talking to them is a breeze anyway).

Which means that this kind of advice just sweeps things under the carpet, until the next difficult person comes and you beat yourself up again.

So yep, step one is all about realizing that the person you’re talking to would react like that no matter your efforts or politeness because they translate your learning into something that they can’t deal with.

Their own learning anxiety? Their inability to help? The fear that you’re so “different” than the people they usually interact with?

One thing you need to know is whatever you needed to do for the communication between the two of you, you have already done it: You approached them, you were polite, you tried your best to speak clearly and be friendly.

Carrying on your shoulders the weight of a stressful situation for which you are not responsible is probably too much to ask from yourself while you learn a language.

Especially if you love learning that language and you put lots of care to mastering it.

So what are some practical ways to deal with difficult people?

And how can you also deal with your own emotions of embarrassment or disappointment and move on happily with your learning?

#1 Focus On Your Message

If you focus on what you want to say instead of how you sound or how the other person reacts, this will help you accomplish what you started saying.

You might not be able to change the other person’s attitude, but you get your message across because it’s clear and precise.

Well, you have realized so far that difficult people are who they are. Speaking slowly or fast will make no real difference to them.

But it will make to you. You will have the time to breath, providing your brain with the valuable oxygen it needs to think clearly, find the right words and react appropriately.

This is not a magic wand that will make your errors disappear, but you’ll be calmer and the difficult person won’t affect you as much. In fact, you might even be amused. (Just don’t tell them 🙂 )

Because let’s be honest here. If you approach a difficult person feeling rather vulnerable and insecure about your speaking, things will not end up well for you.

Self-esteem is of course a huge topic and I’m by no means an expert in psychology. What I can tell you however, is that the moment I embraced my awkwardness around language learning and speaking, I became stronger.

And I bet that the moment you embrace your own fears or insecurities, you’ll see how this will change your attitude towards difficult people. And this could potentially change theirs towards you.

But what usually comes with language learning is culture learning as well.

Unless you’re already familiar with the cultural aspects of the conversation in the language you learn, being as neutral as possible and keeping your cool will save you from misunderstandings.

Because what you perceive as polite it’s likely not the same for the person you’re talking to.

Humour, laughter, even smiles are not always good ideas. The same goes for being too polite or too direct.

If you aim for more neutrality, the moment you realize you deal with a difficult person, you’ll manage to avoid any unpleasant escalation and at the same time you’ll keep a much needed distance.

This will help you with the last one:

Sometimes we let others affect us too much to the point that we get bitter and disappointed.

But take a minute and think about the following: The more you create a healthy distance between yourself and the difficult person you deal with, the less they will affect you.

And the more resilient you’ll be.

So next time you happen to meet a cold, blank stare or an unhelpful, arrogant behaviour, you’ll brighten up easier than last time. And easier and easier.

Until probably it won’t really affect you anymore.

Bonus: I couldn’t leave you without a bonus! Well, actually it’s Noel’s bonus, who explains what happens to your usual speaking competency when you’re under a stressful situation, such as a tense conversation.

And because difficult people are all about tense conversations, read Noel’s article here.

Turning a Negative Experience into a Positive 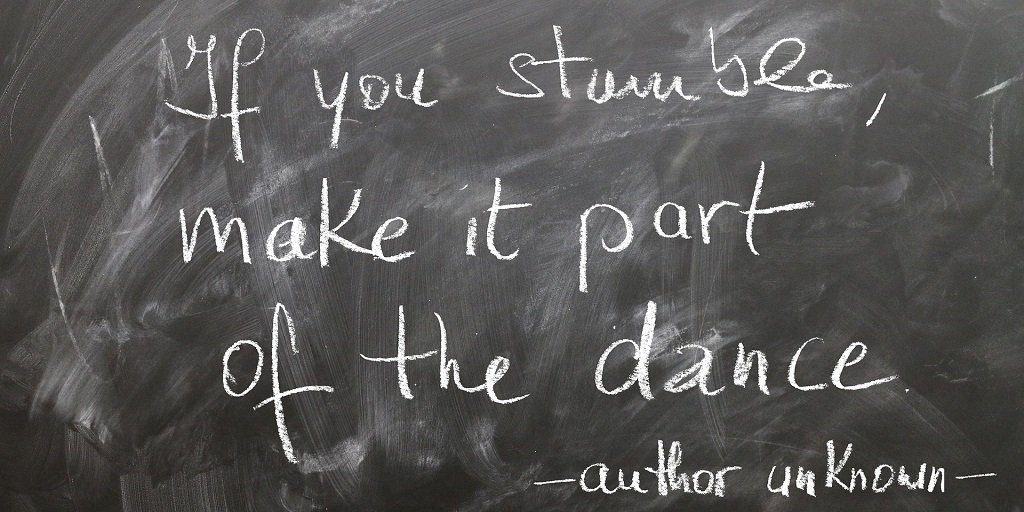 It is said that language learning is a transformative experience.

You test your limits. You learn about other cultures. You explore and enrich in ways you wouldn’t, hadn’t you learned the language.

So keep all that in mind when you deal with a difficult person.

Don’t be disheartened. Keep up with your learning.

Aim to relieve your stress after a tense interaction in your target language with a difficult person by doing something you really enjoy doing in this language.

Or not. Do something unrelated to language learning. Go for a walk!

And remember: It’s not about you, but you can still do something about the effects it has on you.

And by taking action, learning from it and moving on, you realize you’ve learned so much more than a language.